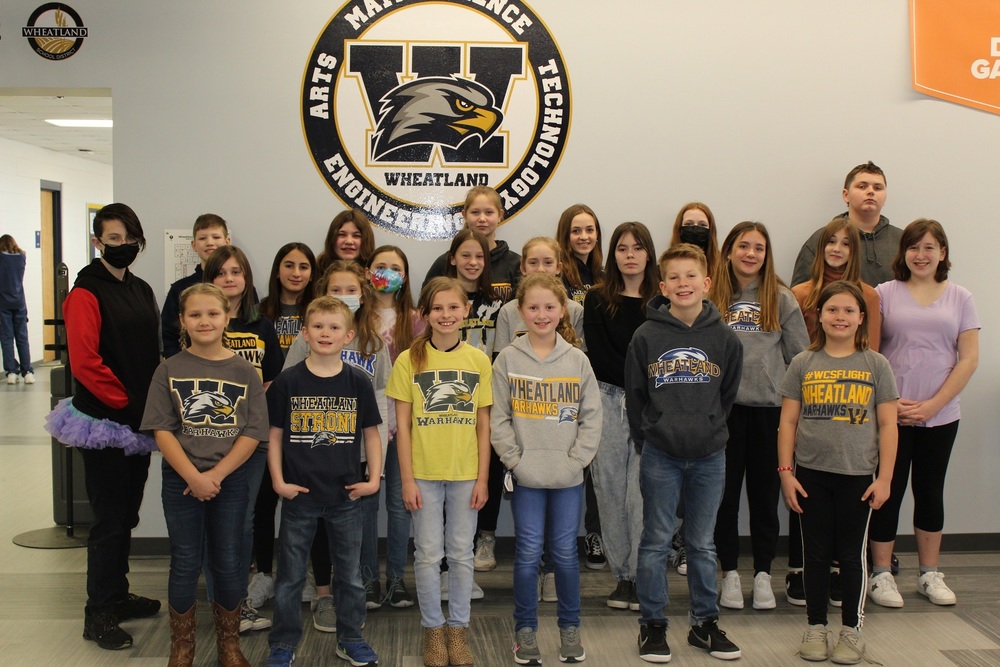 Congratulations to the talented young authors and artists at Wheatland Center School who recently participated in the Southern Lakes Anthology writing project.  The theme of this year’s anthology project was “Unstoppable."  Student work was judged on clarity and message, creativity/originality, technical skill and presentation, and overall quality.  Wheatland had twenty-one pieces chosen for publication.  Thank you to all students in grades third through eighth that participated in this project.

A special congratulations to the following students that had their work selected for publication in the 2021-22 Southern Lakes Anthology “Unstoppable”:

In addition to having their piece published, students will be recognized for this accomplishment and receive a copy of the publication at a reception in Whitewater this coming May.  Go Warhawks!